There are many coffee lovers, and everybody has their own taste. They prefer coffee according to their style such as black coffee, creamy coffee, cappuccino, latte, etc.

It grows only in few parts of the world and requires a perfect combination of sun, water and soil, and it need a mild frost-free temperature. It is cultivated between the month of late August to late January.

What is Kona Coffee?

Kona Coffee is the coffee which is cultivated in Hualalai, district in Hawaii. It is also called a Kona Coffee belt. The careful hand cultivation is included in growing the coffee.

The quality of the coffee has made Kona coffee one of the best coffee in the world. This coffee is grown in the volcanic lava rock slopes. It is a very delicious coffee with a strong aroma and spicy taste. It is a little acidic.

The most preferable climatic conditions for growing the Kona Coffee is sunny mornings, rainy afternoon and mild nights. Their main focus is to the red ripped coffee then later it is processed into coffee beans.

Kona coffee was founded in 1828. Samuel Reverend Ruggles planted the first Kona Coffee tree in the Kona district. In the starting point, it was not much popular but later it became the coffee empire.

In the 1950s, Kona coffee plantation was done much in the small family farms. 17 million pounds of coffee beans were produced annually. By 1960s, labour costs led to a decline in the production of Kona coffee.

Today, the plantation of Kona coffee is done around 600 farms on the slopes of Mauna Loa Volcano.

Kona Extra Fancy
This one is the most famous and costly Kona coffee beans which are rich in moisture and it is worth paying little extra for the Kona Extra Fancy.

Kona Fancy Coffee
This Kona coffee gives a smooth milky cup of coffee. It is also high in moisture and less acidic.

Kona Number 1
Kona Number 1 is the third most popular Kona coffee beans and it is generally very tough to find in the market.

Kona Prime
This Kona coffee is mostly the affordable one but not the cheap one. Generally, the pack of Kona Prime does not mention the grade.

Lets look into the specifications, features and pros&cons of each of above listed Kona Coffee.

Hawaiian Kona Extra Fancy Coffee is the roasted coffee beans. Kona coffee is grown on the western coast of the island of Kona.

Mark Ferrari Specialty Coffees is the famous coffee from Kona Hawaii. Since 1986 they are roasting the best Kona coffee. 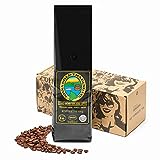 Kona Golf coffee is the world’s best coffee. Kona Coffee Beans are grown in the shade of Macadamia Nut and Ohia trees.

Mulvadi coffee combines biodynamic farming and innovative technologies. It is the commercially grown coffee in the USA.

Kona Java is hand-picked coffee beans. These coffee beans are grown in the volcanic soil with the afternoon rain. 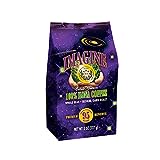 Imagine Kona coffee are grown in a single estate. It produces intense caffeine focused with no bitterness.

Kona Coffee is considered to be the best coffee in the world. There are two types of Kona coffee beans- type I and type II. Try to get the type I Kona coffee beans because it is high in moisture and not acidic.