Coffee is one of the most beloved beverages that is consumed every day, in every corner of the world. It was first discovered in the rugged forests of Ethiopia, and the local tribes believed that coffee had medicinal properties.

However, coffee as we drink it today was first seen in southern Arabia. A lot of countries around the area consumed coffee but the first recorded case of coffee was seen in Yemen.

The roasted beans were then ground up, and boiling water was filtered through it. The result was a strong, aromatic and bitter beverage that the world would love for centuries to come. Thus began the journey of coffee.

There are two primary types of coffees. The first, and most commonly found category is the Cafe Arabica. Historians claim that the arabica species was the first to be cultivated and brewed.

The plant itself has white flowers, and the beans range from red to purple in color. This was the bean that was found in Ethiopia and exported to Southern Arabia, hence the etymology becomes clear.

The second type of coffee is the Cafe Robusta. The Robusta strain was first found in mid-western Africa. The Robusta has a much higher crop yield than the Arabica, and also is higher in caffeine content.

The Arabica beans have a sweeter taste to them, and are milder in flavor than the Robusta. The Robusta is fuller, but also more bitter. The Robusta has a grain overtone, which is a given since it grows in harsher conditions.

The Arabica has subtler flavors, and stimulates the whole palate. Arabica is also much harder to grow than the Robusta strain, and this is precisely why the former is more expensive than the latter.

The Arabica has higher acidity, and has pleasant notes of fruit, chocolate and nuts. The Robusta has a burnt, almost woody taste to it and is harsher when compared with the Arabica.

There is also the lesser known cousin of these beans called Cafe Liberica. The Liberica beans hail from the Philippines, and have a much lower yield than both Arabica as well as Robusta.

Liberica beans have a smoky flavor, and also have fruity and nutty notes, and are a good coffee bean on its own. Since the Liberica is only grown in Philippines and also gives a good, fruity as well as a robust body, it is on the pricier side.

The last type of coffee bean is the Excelsa bean. This bean is a derivative of the Liberica, and can be found in Southeast Asian countries.

The Caffeine content on this bean is low, and the coffee is paler and light. The beans leave a fruity note with very little bitterness that is associated with coffee. These beans make up only about 7% of the coffee production.

To enjoy your coffee beans to the fullest, a quality coffee maker is essential. Coffee makers impact that extraction of the oils, style of brew as well as the flavor of the end product.

The different types of coffee makers differ on price, functionality, utility as well as quality. These factors must be considered in order to make full use of the coffee beans. The flavor is brought out differently in different machines, and experimentation with different brewing styles and coffee makers may help in deciding what best fits your preferences.

Let us look at the 6 most commonly used types coffee makers: 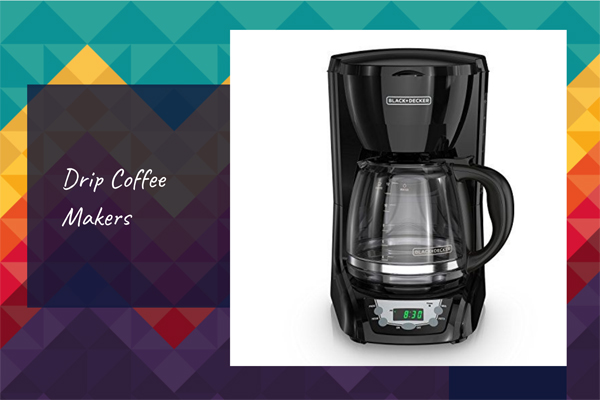 Drip coffee makers are one of the most commonly used types of coffeemakers because of their speed of brew, efficiency and cost effectiveness. These coffeemakers can be found in most households as well as in cafes and restaurants. Workplaces and offices mostly use automatic drip coffee makers due to convenience and ease of cleaning.

Drip coffee makers boast brand names such as Cuisinart and Black+Decker, that deliver quality and efficiency of coffee. Drip coffeemakers range anywhere from $20 to $300, and come with lists of features that become important determinants of quality, and in turn, the price. The drip coffee makers that come with a thermal carafe are called as Thermal coffee makers.

All in all, drip coffee makers are easy to use and are one of the best ways to brew coffee. Some machines can be programmed by a 24hr clock to ensure that the coffee gets brewed in a timely manner. 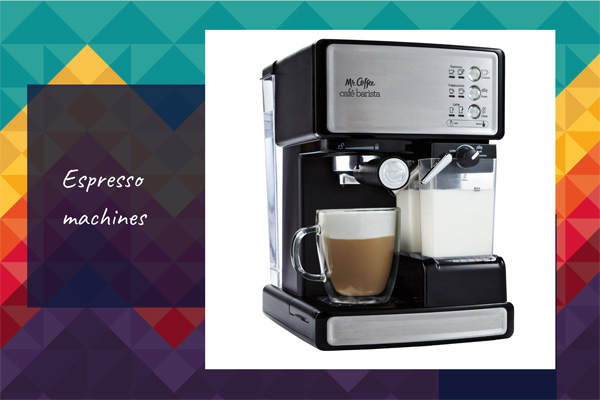 Espresso machines are slightly difficult to use and not very versatile. However, if you regularly consume espressos, and if they are your go-to style of coffee, consider investing in an espresso maker. These machines, especially ones that are commercial grade, are great in delivering superior quality espresso beverages.

Machines have features like double shots and frothers, which add a tinge of versatility to the machines. They also have heating plates and drip trays like drip coffee makers, and are usually dishwasher safe. Brand names like Breville lead the Espresso machine industry, and use commercial grade equipment in their machines to deliver consistency and quality.

Espresso machines are perfect for espresso lovers, who want to brew the beverage to enjoy it as it is found in cafes and restaurants around the world. These machines may not be for people who like to change thing up once in a while, and the price range must also be considered sine most espresso machines are extremely expensive. 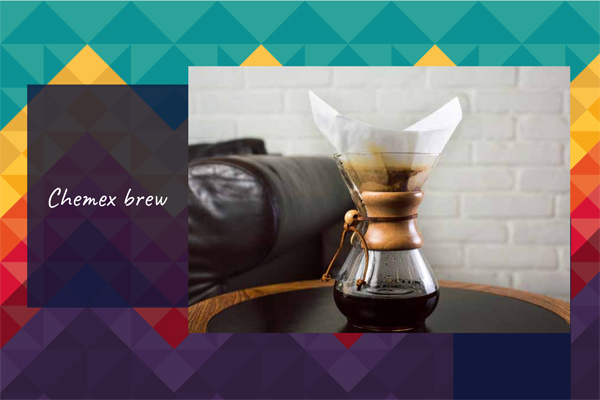 This style of brewer is good for long blacks, and gives a richer taste when compared with automatic brewers. This is because the bonded paper that is used as filter is thicker than the filters found in automatic drip or thermal coffee makers, which results in a slower extraction of coffee oils. This causes a lot more oils getting dispersed into the water.

The Chemex brew style is time consuming, but the end product is incomparable to the automatic machines, which are often inferior to this method. The Chemex method brews a small amount of coffee, but considering the price of the contraption, that truly is not a bad deal. 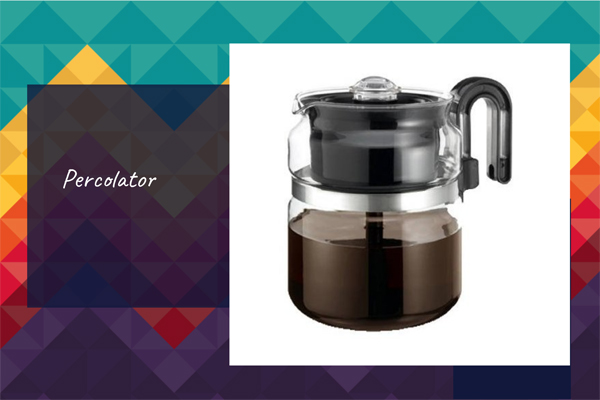 The percolator is one of the most handy little coffee makers, and are extremely easy to use. Simply plug in the machine, put in your coffee grinds, and add water. Wait for the percolator to boil for a bit, and enjoy your fresh, hot cup of java. They are consistent and reliable, and produce strong cups of coffee.

When the water comes to a boil, the steam bubble travels up the percolator’s tube and filter through the coffee powder, extracting all of the oils and flavors along the way. These little machines come in different variants, come compatible on a stove-top as well.

The percolator is a reliable and trusty machine. It can be used anywhere, due to its small size. It makes a consistently good tasting coffee, and ever disappoints. The Percolator is also very durable. 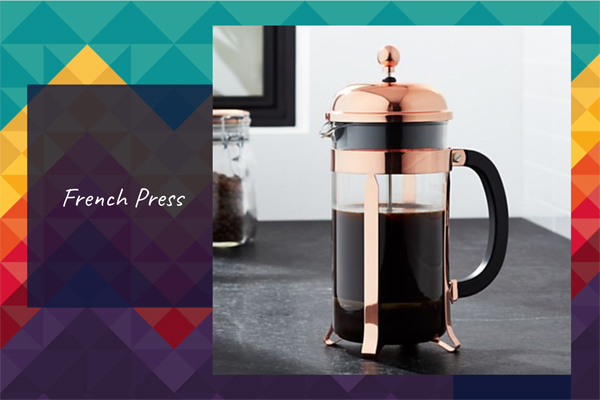 The French Press is one of the classic methods of brewing, and uses gravity and a little bit of force to brew a nice, strong cup of coffee. The French Press is by far one of the strongest coffee makers, and uses a plunger to brew the coffee. The coffee grounds are added into the chamber (about 7-8 grams), and the plunger is used to press down slowly after letting the machine sit for a few minutes.

One of the major benefits of the French Press is that it is extremely easy to clean. It can also be unassembled quite easily, letting you carry it around in your bag. Because of this, the French Press has become one of the regular brewing methods.

The French Press is a trusty contraption, used in coffee shops all over the world. They are usually the Barista’s favorite brewing method as it lets them control the strength of the coffee, and brew the perfect cup. 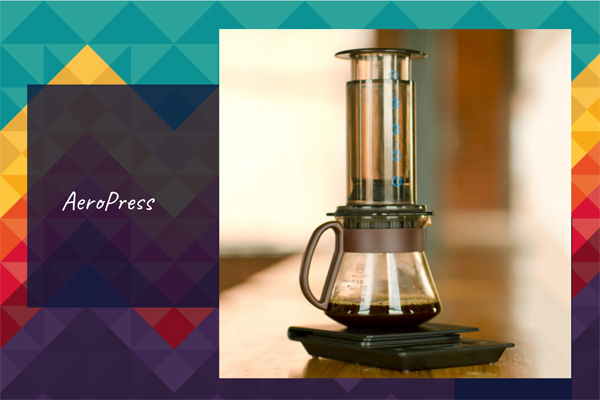 The AeroPress works like a syringe, and uses a vacuum to press down and filter the water through the coffee. The AeroPress is a plastic plunger, with settings that control strength and quantity of the coffee. It is very easy to use, and extremely quick, taking only a few seconds to brew a cup.

This is precisely why this is the go-to machine for personal cups. Nothing beats the AeroPress in taste and texture of the coffee. The coffee is extremely smooth, and the body is much fuller when compared with other brewing methods.

The AeroPress is perfect for making personal cups of coffee. The strength can be tweaked, and if the coffee is too strong, simply adding some water can remedy that.

The way you roast your coffee determines how strong or acidic your coffee is. The character of the coffee can only be fully discerned if roasted correctly. Some types of beans have a much lower “threshold” or critical point for the perfect coffee taste. All of this should be kept in mind in order to get the coffee character that you’re looking for.

There are a few things to keep in mind when roasting your coffee, and a few misconceptions that people have while roasting coffee. These pointers will be covered in this section, with a few bonus trivia points!

The roast types impact the flavor of the coffee as well as the caffeine content. Since there is no standardization of roasts, it is highly improbable that a medium roast of one brand will be the same as the other. Therefore, you must always ask for a sample of the roasted beans that you are purchasing in order to gauge the exact roast level of the coffee. The 4 main types of roasts are: 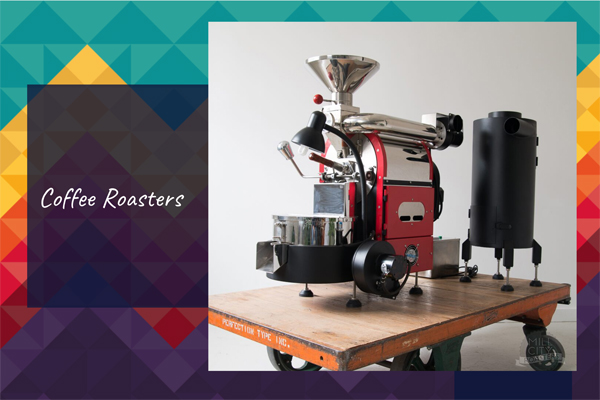 Roasting coffee at home is one of the most beautiful experiences for anyone who loves coffee. It fills the room with the aromas of coffee, and makes it smell like a coffee shop. Let’s be honest, who doesn’t want their home smelling like a coffee shop!

For this purpose, investing in a good roaster is essential. Coffee roasters are expensive, costing about $150. However, they are worth it since they give you a lot of control over the end product. By roasting your own coffee, you can control the fundamental flavor profile of your coffee, and can alter it till you find your right fit.

Roasting can also be done in a regular pan or a popcorn maker, in case investing in a roaster seems too steep. But the consistency that is found in a roaster will be missing in these roasting techniques. So, let’s look at how to roast coffee.

Lighter roasts may taste milder and fruitier, but have higher caffeine content. The density of a bean in a lighter roast is higher, and it can hold a lot more oils that contain the caffeine molecule. 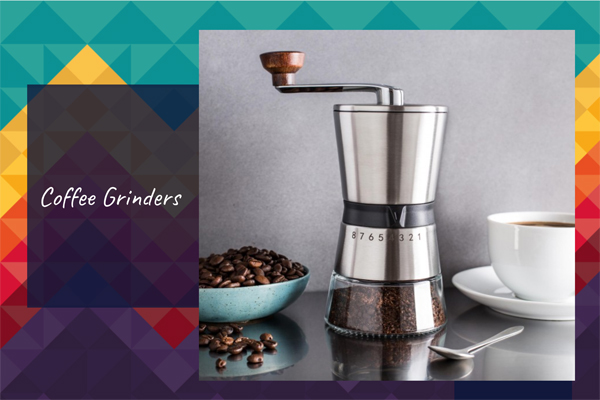 Different types of grinders are available on the market. Grinders determine the consistency and fineness of your grinds, which impact the flavor and texture of the coffee quite a bit. A good grinder can make a world of difference I your coffee drinking experience, and therefore, close consideration becomes necessary when purchasing a grinder.

Grinders can range from small, manual grinders to large industrial grade grinders. The grinders also range from $20 to upwards of $200. The portability, footprint as well as consistency are important factors to consider before making the purchase. 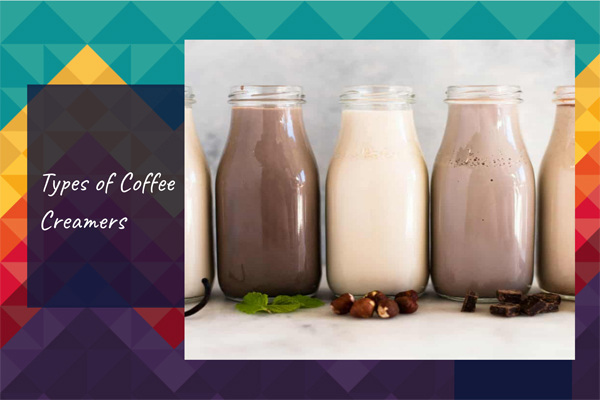 Coffee creamers take off the bitter edge to the coffee, especially when the roasting is too dark. They also add a great texture to coffee, and open up the flavor of the beans. Creamers are widely used around the world, and are very cheap. Creamers come in different variants, depending on the amount of milk and cream in them.